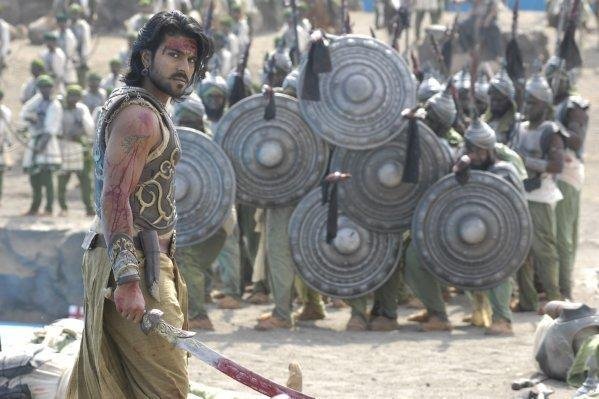 Magadheera, the Telugu mega blockbuster starring Chiranjeevi’s son, Ram Charan Teja and Kajal Agarwal is still going strong despite having smashed every record in the South Indian film history. The film has been running for two years continously in Kurnool, Andhra Pradesh. It is an unprecedented feat as no other film has even come close to achieving this distinction. Mahesh Babu’s Pokkiri is a distant second having run for 500 days.

To commemorate this feat, the producers, Geetha Arts have announced that they will organize celebrations in honor of the film at Kurnool. The entire cast and crew of the film will be present and many big names in the Telugu film industry are also expected to attend. Many congratulations to the entire team!