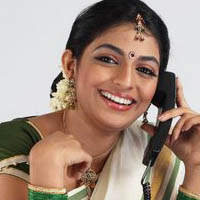 Actress Maithili, who made her debut through Ranjith’s ‘Palery Manickyam’ has a wish that she keeps close to her heart.

Maithili has acted with Megastars Mammootty and Mohanlal. She says that she would love to play heroine in films that star Dileep and Prithviraj.

Maithili says that she is tired answering people who ask her if she has got married. Recently another Maithili, the actress who had acted in films like ‘Duplicate’ had for married and these news reports had triggered the rumours. Maithili categorically states that she isn’t married yet.