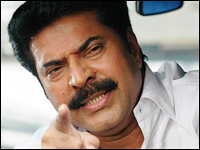 After much hype and hoopla around the project ‘The King and the Commissioner’, it is now finalised that the project has been called off due to some ego problems between the star actors, Mammootty and Suresh Gopi who are casted in the title roles.

Anyhow, Shaji Kailas is not ready to waste the dates that Mammootty has already allotted for this project. And so he will prepare a sequel of the big hit ‘The King’ in the title ‘King 2’. The megastar will once again appear as Joseph Alex, the district collector with an extra bone in this movie, in the scripts of Renji Panikkar.

The scriptwriter will make minor corrections in the plot that he have set for ‘The King and the commissioner’ there by reducing the prominence of the character of commissioner for this movie, which will also have bombastic dialogues and thrills. Mammootty is expected to join this flick in another couple of months.