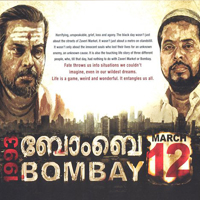 In an interesting note, Megastar Mammootty has came out of the way to help his co actor Salimkumar, in a rare act of Mollywood friendship. The megastar has already booked his theatres for this 24 for the release of his new movie ‘1993, Bombay, March 12’. But when he heard about Salimkumar’s plans to somehow release his national award winning movie ‘Aadaminte Makan Abu’ the same day, as the first offering from his banner of ‘Laughing villa’, Mammootty has requested the makers of his new movie to shift the release for one more week, to give space to the Salimkumar film. And as per the latest reports, the Mammootty film will now come on the 30th of this month, while ‘Aadaminte makan Abu’ will get to maximum theaters on the 24th of this month.

Salimkumar is being helped in the release of Abu by actor Dileep’s distribution firm Manjunatha.