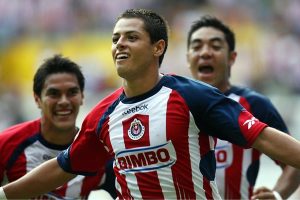 Manchester United finally put space between themselves and the chasing pack when a 2-1 home win over Stoke City moved Alex Ferguson’s side three points clear at the top of the Premier League on Tuesday.

Goals by Javier Hernandez and Nani either side of a Dean Whitehead equaliser took unbeaten United to 44 points.

They are three clear of Manchester City, who have played a game more. Arsenal, who host City in one of seven more Premier League games on Wednesday, are third on 39, with Tottenham Hotspur fourth on 36 and Chelsea fifth on 35.

At the other end of the table there were good wins for Fulham and Birmingham City, who both began the night in the relegation zone.

Scott Dann scored a minute from time to secure Birmingham a 2-1 at Blackpool, their first away win of the season.

At Old Trafford Dimitar Berbatov and Ryan Giggs both missed presentable chances in the early exchanges before United broke through in the 27th minute.

Nani swept in a low cross and Hernandez, who got both goals in the 2-1 win at Stoke in October, cleverly flicked it in from behind his leg.

With Wayne Rooney rested and watching from the stands, Hernandez and Berbatov shouldered the attacking duties but they were not overly-busy as the game meandered peacefully amid a flat atmosphere.

The fans woke up five minutes into the second half though when poor defending left Whitehead free to head home Tuncay’s cross for Stoke’s first Old Trafford goal in 30 years.

United immediately livened up and restored their lead with a superb curling shot by Nani after 62 minutes.

Stoke, beaten 4-0 and 5-0 on their last two visits to Old Trafford, were unable to come back a second time and remain eighth on 27 points.

“It was a difficult type of match… Stoke are such a determined bunch of lads, they never give in and make it difficult for every team but we produced some good moments and our own commitment was very good,” Ferguson said.

“We made a few changes tonight to keep the squad motivated and also to give them enough game time because January is going to be a big month for us,” added Ferguson, who also rested Rio Ferdinand and Edwin van der Saar.

“You have to have faith and trust in the players and they’ve never let me down.”

Stoke boss Tony Pulis said: “Whatever team they put out they have players who can hurt you and they were always a threat.”

“If you look at the top five or six clubs they can all make four or five changes and the players who come in are all similar to those who were left out.”