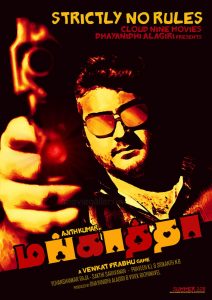 The Mankatha team is currently busy with its final schedule in Mumbai which will go on till April 16. However, the talkie portion and two songs are yet to be shot. Apart from all these, we have the exciting IPL and Tamil Nadu elections in May. So considering all these factors, the producers have decided to postpone the release to June.

Meanwhile, there are also reports that the film will be a complete action-thriller that will narrate the match-fixing sagas in international cricket matches.