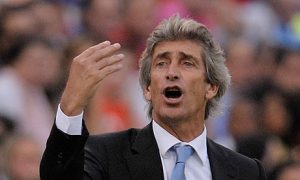 Daily Mail cited reports in the manager`s native country of Chile as saying that Pellegrini was approached a day before Luiz Felipe Scolari quit following a disastrous semi-final match against Germany, which saw them humiliated 1-7.

The 60-year-old, who won the Premier League and the Capital One Cup with City last season, refused to enter into negotiations with the Brazilian FA, saying that he wanted to complete his three-year contract at the Etihad.