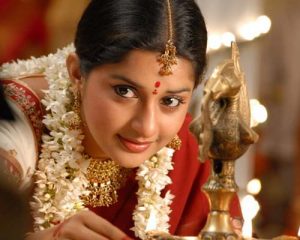 As stories are floating around which says that Meera jasmine is gradually biding adieu to filmdom, the actress will be seen in Tamil and Telugu in a new film. She has been cast against Prasanth in the new movie ‘Mammattiyaan’ and its Telugu remake ‘Dibulee’. A remake of the old hit ‘Malayoor Mammattiyaan’ featuring Prashanth’s father, actor-director Thayagrajan, the new movie will be also directed by him. Vadivelu, and Mumaid Kahan are also part of the cast of this movie which will get to theatres in a couple of months.

Meanwhile, Meera Jasmine hasn’t yet signed any new film in Tamil and Malayalam and is said to be on a leave from films to prepare for her marriage.