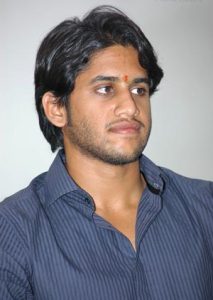 Naga Chaitanya’s upcoming film in the direction of Ajay Bhuyan is progressing at brisk pace. The movie is yet to complete a schedule in Europe, where the songs will be canned. The film was earlier shot in Philippines, Bangkok and Hyderabad.

As earlier informed, the first look of the film along with a teaser will be unveiled by the film-makers on 1st June. Dhada is title confirmed for the film says the sources. Being produced by Chandan Reddy on the banner Kamakshi Kala Movies, Dhada is touted as an action entertainer with ample comedy. Kajal Agarwal is playing Naga Chaitanya’s lady love in the film.

However, an official confirmation regarding the title of the film is awaited… Stay glued.