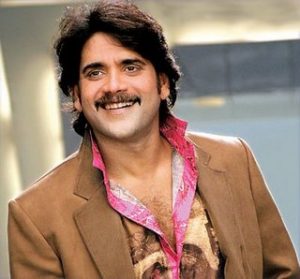 It is well known that Nagarjuna has signed up a socio-fantasy film and it has been titled as Damarukam. The movie will start rolling its camera soon and the first schedule will be shot at Europe.

Damarukam is said to be the highest budgeted film in Nagarjuna’s career till date. Being made with a whopping budget of 35 Crores, Damarukam will take shape in the hands of director Srinivas Reddy and will be produced lavishly by R R Venkat under RR Movie Makers. The movie is all set to have some amazing graphics as well.

Anushka, who set the screens on fire with her oomph and glamour in Ragada is yet again pairing with Nag in Damarukam.

And the happiest news for Nag’s fans is that, at the age of 51, Nag will be seen in a well-toned body with six-pack abs in Damarukam competing with all the young heroes of today.