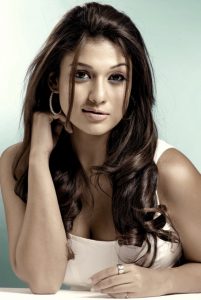 Here comes a breaking update that the controversial seductress Nayantara is likely to make her baby steps in Bollywood very soon.

If sources are to be believed that she is likely to share the screen space with Salman Khan and the icing on the cake is, her would-be husband Prabhu Deva is directing this film. In-fact Prabhu Deva is planning for a sequel of Bollywood super hit Wanted and the ground work for this sequel has started. It is heard that the proposal was made by Prabhu and Salman Khan is also interested to work with Nayan.

If all goes well as planned the sequel will move on to sets by the end of this year. Wanted is the remake of Tamil hit film Pokkiri. The rest of the details of the cast and crew are awaited. Let us wait for the official confirmation whether the actress makes her on screen presence since she is not accepting any offers.