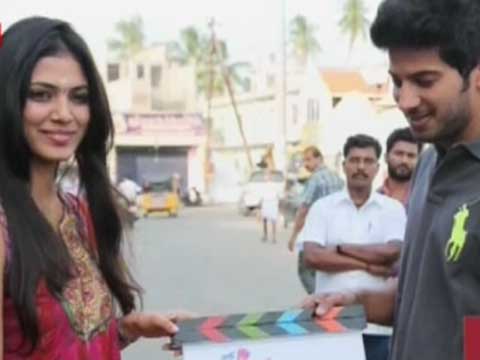 Pattam Pole is a 2013 Malayalam Movie that scripted by by Girish Kumar and directed by renowned cinematographer Azhagappan. Gokuldas is the Art Director and the film produced by Carlton films Karunakaran. This is the first directorial venture of Azhagappan who has been the cameraman for some very successful movies. The film stars Dulquer Salmaan in the lead role and a new face Malavika Mohan, daughter of Bollywood cinematographer K U Mohanan. Archana Kavi, Manasi are in supporting roles. Anoop Menon will appear in a guest role. Kollywood actor Ilavarasu, Tamil actress Seetha, Nandu and young dancer turned actor and anchor Shraddha Gokul are also part of the cast.The film started filming in Kumbakonam in June 2013 and will be ready by October 2013.