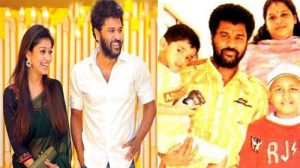 It is already being talked about as the costliest ever divorce settlement in Kollywood.

Finally Prabhu Deva has worked out a “sweetheart deal” divorce settlement with his wife Ramlath. A joint affidavit signed by the couple was submitted in the 1st additional family court on Tuesday (Dec 28) seeking divorce by mutual consent.

The settlement, which will be formalised by a court decree after a period of six months, has brought to an end a rather stormy court battle.

Ramlath agreed to withdraw her petition, seeking restoration of her conjugal rights and to restrain Prabhu’s marriage with Nayanthara. In their joint petition, they say : “it had become very difficult rather impossible for them to live together or to lead a normal life.”

For Prabhu Deva it will be a very costly settlement, as he has agreed to part with substantial share of his assets. As per the deal worked Prabhu will give his sea side villa at Injambakkam on ECR, a bungalow in upmarket Anna Nagar, three flats and a property in Hyderabad, and two cars. He would also pay one time alimony of Rs 10 Lakhs to Latha. The buzz is that the market price for all the real estates put together  will be anywhere in the region of Rs 25 to 30 Crore.

Their two sons would share the property on ECR and in Hyderabad. In addition Prabhu would bear their educational and medical expenses. Prabhu Deva gets all other property documents and Latha would have no rights or claims whatsoever on them. Prabhu also gets access to his children at his own wish and pleasure.