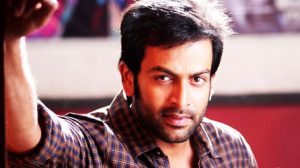 Writer, director and producer Ranjith, whose last venture Pranchiyettan and the Saint (2010) turned out to be one of the biggest hits in megastar Mammootty’s career, is back with his new directorial venture. Titled Indian Rupee, this film will reportedly have young superstar Prithviraj in the lead role.

Indian Rupee is produced by Ranjith under the banner of Capitol Theatre. Cinematography is by S. Kumar and music by by Shahbaz Aman. The rest of the cast and crew will be announced soon.