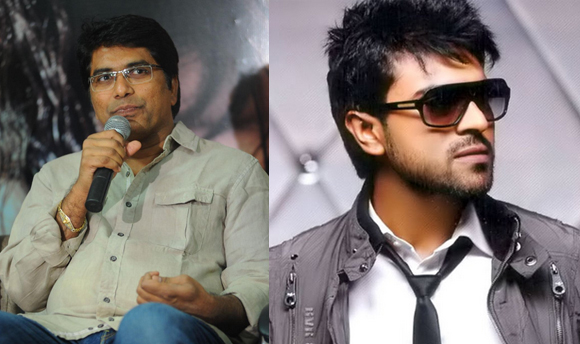 Ram Charan who faced a disaster with Thoofan recently has turned choosy with the scripts. The Mega Power Star who is gearing up for his next film, a multistarrer in Krishnavamsi direction sporting a new look is meanwhile listening to scripts.

Director Dasaradh of Greekuveerudu, Mr.Perfect fame is said to have narrated a storyline to Ram Charan and the latter was impressed and gave a green signal to the film. If all goes well, Ram Charan, Dasaradh film will hit the floors soon.

Other details of the cast, crew of Ram Charan- Dasaradh film along with formal announcement is awaited. Stay glued to this space for more updates.