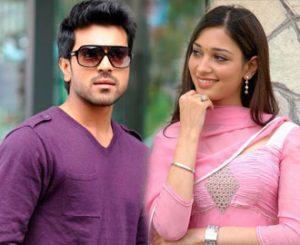 Mega Power Star Ram Charan Tej and Fair beauty Tamannah starrer Racha is currently progressing in Sri Lanka. A fresh schedule has begun in Sri Lanka and a song is being canned on the lead pair in the exotic locales of Sri Lanka. Earlier, a schedule has been wrapped up in Hyderabad, where few vital scenes are canned.

Racha is being directed by Sampath Nandi and produced by NV Prasad and Paras Jain on the banner of Mega Super Good Films. Mani Sharma is roped in to compose the music for the film. Racha is an out and out commercial entertainer with ample mass elements.