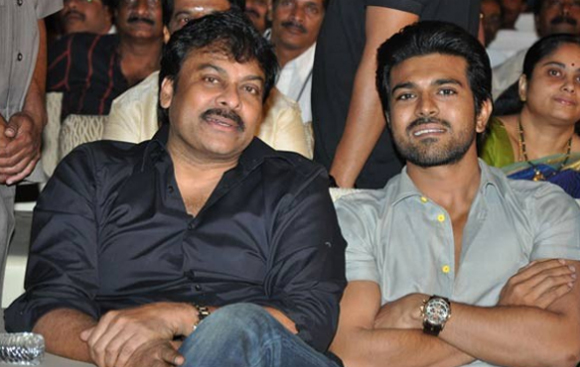 Megastar Chiranjeevi’s 150th movie announcement is expected to be made on August 22 on the eve of actor’s Birthday and Ram Charan in a recent interview to Telugu News Daily said that he will act in Chiru’s 150th movie.

Ram Charan who will also produce the movie said, “We are already in the process of looking for the scripts and we have two to three scripts aside. I wanted to act in Dad’s milestone film and if there’s no scope for me in the story, I’ll request writer for a small cameo.”