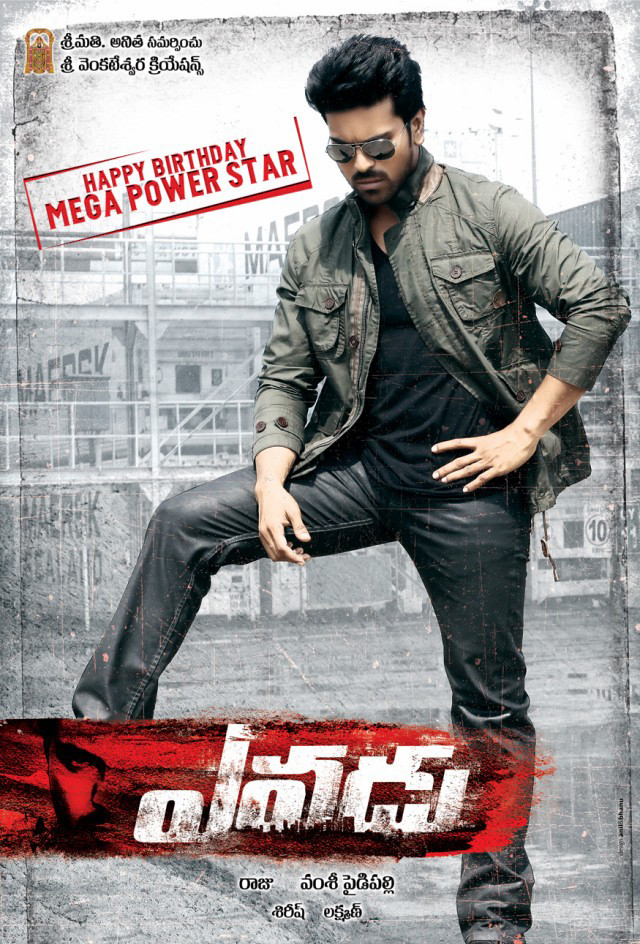 Mega Power Star Ram Charan’s latest flick Yevadu is getting for release this Sankranthi and so Charan is gearing up for promotion of the film. A new trailer of the Yevadu will be released in Sandhya 70 MM theatre tomorrow in the presence of fans at 6 PM at RTC cross roads and Charan is going to grace the event.

Yevadu movie has been waiting for a release for over 6 months now and Dil Raju is making all efforts to release it in a big way. Shruti Hassan and Amy Jackson are the female leads while Allu Arjun and Kajal Agarwal will be seen in a crucial roles.