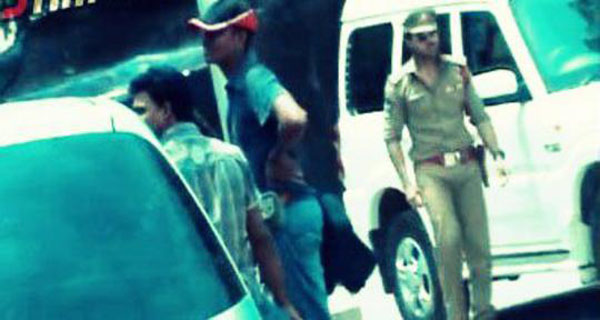 Mega Power Star Ram Charan is making his Bollywood debut with a remake of yester year’s classical hit film Zanjeer. Now the movie shooting is under progress. Priyanka Chopra is playing the female lead role opposite Charan in this film. In this film Ram Charan will be seen a angry cop role and here is the one of the Ram Charan’s leaked picture from that film.