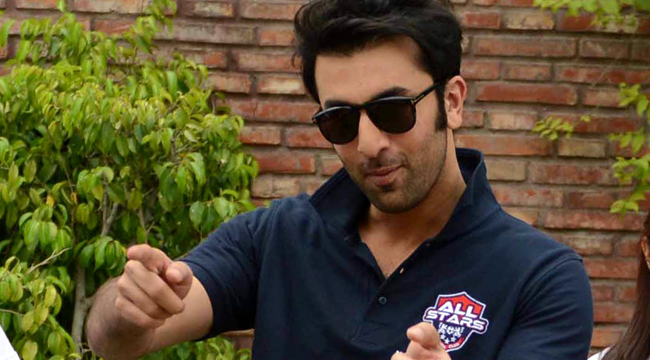 Once hailed as a future superstar of Indian cinema by the late Yash Chopra, Ranbir Kapoor is certainly living up to the title.

The 30-year-old star won accolades for his evocative performance as a deaf-mute boy with an irrepressible love of life in Anurag Basu’s multi-award winning Barfi!. Demonstrating an acting prowess beyond his years, he was catapulted to the top of the league of young actors, credited with changing the tenor of Indian cinema.

In his interview with Digital spy, Kapoor told us how much Ranbir there is in his characters, why Deepika Padukone was the only actress who could play the role of Naina, and why he believes Amitabh Bachchan is the greatest actor of Indian cinema ever.

How did you feel after all the accolades and the international success of Barfi!?
“First of all, thank you for contributing to the success of Barfi!. Just the fact that the film did well. We had no expectations for the film because the subject was new, the genre was new, the characters the lead actors were portraying were completely original. We had no idea it would be this loved and appreciated. We didn’t even have a script. It was all in Anurag Basu’s mind. We were just really grateful for all the love that we got. We had so much love and support from our peers in the film industry, people around the world. It was all so heart-warming that I can’t pinpoint one thing. It was everything.”

You’re teaming up with Ayan Mukerji for Yeh Jawaani Hai Deewani for the second time after Wake Up Sid. What made you choose this project to follow Barfi!?
“I’m quite detached from failure and success. Once a shooting is done I kind of close that chapter in my life. Yeh Jawaani Hai Deewani has been directed by my closest friend Ayan Mukerji who I worked with before on Wake Up Sid and I truly believe that he is one of the finest filmmakers that I have worked with. I have immense belief in him as a filmmaker and because he always has something to say. Something really original, something really new. Something that’s strong, yet entertaining and engaging. He’s not trying to force moral opinions on the audience or trying to make preachy films or trying to make films that manipulate the audience’s emotions. He just does what comes very naturally comes to him and I truly believe that that has been instrumental in my growth as an actor, and I feel lucky I get to work with such people. So that was the clincher. That he was making another movie and he wanted me in it was a good enough reason for me to do it.”

Several actresses were considered for the role of Naina before Deepika Padukone was finally cast. Why was she the best person for the role?
“It’s hard to describe. Every character, every film, every role that a writer writes has its own destiny for who ends up doing it. So many parts are offered to so many actors and eventually somebody else does it. And when you see the movie you can’t imagine any other actor acting that part. And to think the place Deepika has reached today as an actor, how accomplished and evolved and brilliant she has become. I think she has added so much to the movie, I can say this with a lot of surety that she is the performance of the film. When you see it you realise how good she is.”

How much of Ranbir Kapoor might we find in the characters of Jordan, Barfi or Bunny?
“To be honest Jordan and Barfi as compared to Bunny are really easy characters because they come with certain traits and mannerisms and nuances, the way they walk, the way they talk or dress. You have things that you can hinge upon that help you take the character forward. But when you do a film in the real space, in a contemporary space where you’re portraying a character that doesn’t have any unique characteristics apart from what you bring as an actor and you have to reflect your own personality, I think it is very hard, and Yeh Jawaani Hai Deewani was like that.

“I think I could become very boring on screen because unless you have that charm, that personality which is engaging for an audience, it doesn’t work. I’m really afraid of the genre. You know this coming-of-age genre. But I know Ayan so well that he wrote a lot of me in the part. It’s detached, but it’s about finding himself. He’s someone who is ambitious. He wants to travel the world. I guess the philosophy of the movie is happiness is real only when it’s shared, because we are al lso consumed by the desire for success and money and making something of our lives professionally that we tend to take the people around us for granted. Happiness exists only if you have a lot of people to share it with.”

What has been the biggest adventure of your life?
“Making movies itself is a crazy ride. You play such interesting characters, you travel all around the word, and especially on this film. We were shooting up in the mountains in Himachal and in Manali. We’d wake up at four in the morning. There’s no hot water. We’re trekking for two hours. It was freezing out there. People getting frostbite, so it was really challenging. There was Kalki, Aditya, Deepika, Ayan, and we all grew really close to each other and we all had a great time shooting. As far as what I take away from this movie, it’s the relationships I take away from this film.”