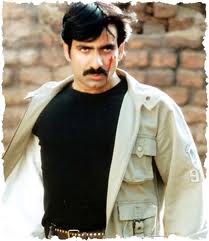 Remembered Rajendra Prasad’s super hit comedy entertainer Ladies Tailor which was released in 1980’s??? Yes, the film was directed by Vamsi and if sources are to be believed the talented director is planning for its sequel.

Ravi Teja will play the lead role in the film and director Vamsi is currently busy with the script work. The sequel has been titled as the Fashion Designer while other details of the cast and crew haven’t been finalized yet. It is noteworthy to mention that Ravi Teja and Vamsi has earlier worked for that film Avunu Valliddaru Istapaddaru that scored a hit at the Box-office.