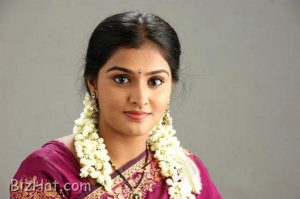 Actress Remya Nambeeshan who had recently expressed her desire to do playback singing couldn’t believe her luck the other day!

Remya got a call from none other than music director Sarath who asked her to sing a few lines through the telephone. The music director who was apparently very much impressed by her ‘telephone audition’ immediately offered her a song in his latest film.

Sarath is composing the music for ‘Ivan Megharoopan’, the feature film based on poet P. Kunjiraman Nair’s life. Remya has crooned the folk song ‘Aande Londe..’ in the film.

Prakash Bare dons the role of the poet in the film that would be scripted and directed by P Balachandran.