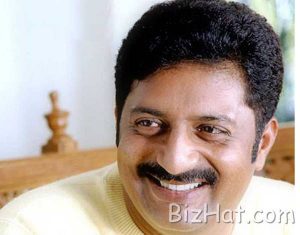 Prakash Raj is getting ready for the release of two of his production ventures. While the one is ‘Payanam’, a thriller directed by Radha Mohan, the other is the long pending ‘Mayilu’, a realistic subject.

Directed by Jeevan, ‘Mayilu’ stars Shri and Shammu (who played Prakash Raj’s daughter ‘Kanchivaram’) in the lead roles and has music by maestro Illayaraja. “The Isaignani has added rustic feel to the film with his music,” sources say.

“Post production works of the film is over and Prakash Raj is planning it for a December release. It is a different attempt and the producer feels that ‘Mayilu’ would be another feather in his cap.”

On ‘Payanam’, they say, “the movie is simultaneously getting ready in Telugu and Tollywood top actor Nagarjuna play a crucial role. An expensive airport set was erected and the film was shot there.”