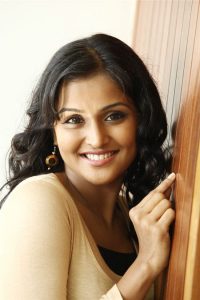 According to sources, the crew has recently shot her two minutes long kissing scene with Fahad Fazil. The official trailer of the movie will also show the kissing scene.

Starring promising young singer-actor-director-screenwriter Vineeth Sreenivasan in the lead, Chappa Kurishu was launched by Kamal Haasan at the 100th day function of Traffic. Listin Stephen, maker of Traffic, is the producer. Chappa Kurishu, a metro based film like Traffic, will be distributed by Central Pictures.