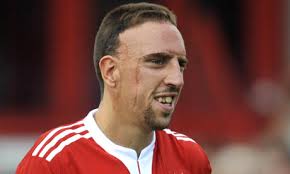 Injured France star Franck Ribery will not travel to Brazil to cheer his team-mates when they face Germany in the World Cup quarter-finals here Friday, the French Football Federation (FFF) said Tuesday.

Ribery, ruled out of the World Cup after a recurrence of a back injury on the eve of the finals, had been invited to join the squad along with two injured players originally due to travel to Brazil, Steve Mandanda and Clement Grenier.

However FFF president Noel Le Graet told AFP the Bayern Munich star would not be coming to Brazil.

“Ribery is on holiday with his family and is recovering,” Le Graet said.

Le Graet said the FFF was still waiting to hear whether Mandanda, who plays for Marseille, and Grenier (Lyon) would accept their invitations to travel to Brazil.