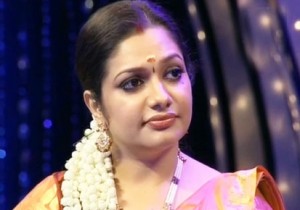 Singer and anchor Rimi Tomy will play the heroine in Thingal Muthal Velli Vare, directed by Kannan Thamarakkulam, with Jayaram as the hero.

According to Rimi, her character is that of a normal village girl named Pushpavalli, who is addicted to TV serials.

Rimi has earlier played cameo roles in Balram versus Taradas and Karyasthan. She had done a role in 5 Sundarikal as well. She was offered the role eventually played by Srinda Ashab in Abrid Shine’s 1983.

The film is being produced by Anto Joseph and has Anoop Menon, Janardhanan and KPAC Lalitha as well in the cast.