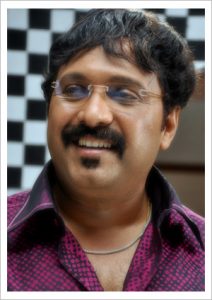 K B Ganesh Kumar, the only front line actor who also shines as a first rate politician, has already organised a road show of stars for his campaign for the new state polls. The actor and the former transport minister who is contesting from Pathanapuram constituency, from where he is already the elected M L A, has brought in a twenty member squad including directors like Shaji Kailas and actors like Seema G nair, Manianpillai Raju and Grandmaster G S Pradeep to the campaign ground.Ganesh who is also the vice president of star organization, AMMA and president of Television stars association ‘AATMA’, will bring in more stars towards the end of the campaign.

Anyhow, Ganesh who is keeping a very good image in the public and professional circuit is expected to do well in elections, even without the help of this star studded campaign