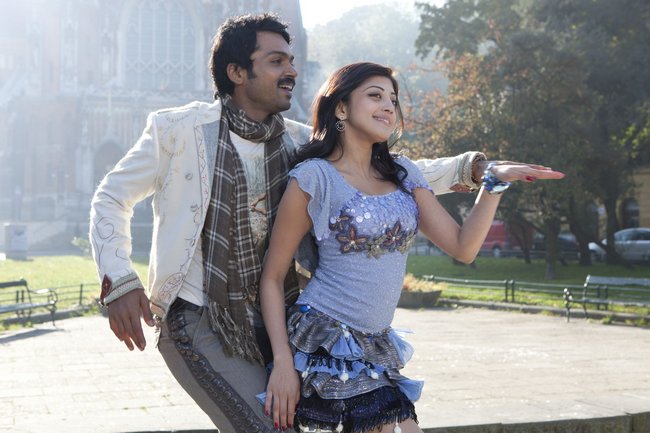 Just 24 hours and 75000 download! A song from Karthi’s Saguni, ‘Kandha Karavadai’, has created a record of sorts. Earlier two singles from the film was released on Karthi’s birthday and they were downloaded 2.5 lakh times in a week. Interestingly Karthi has also crooned few lines in this special number. G.V. Prakash has composed the music for the movie, and following his super hit songs in Muppozhudhum Un Karpanaigal and Aadukalam, much is expected of this talented composer.