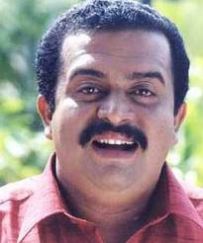 After a gap of a decade, character actor Saikumar is back to don a lead character in a new movie. Directed by debutante  Murukesh, this new movie titled as ‘Athoru Mazhakaalam’ will have the popular star as Shivashankaran Nair, a former cook of Iraq President Saddam Hussein. The movie will tell the unexpected happenings in the life of Shivasankaran Nair after the death of Saddam, Scripted by Ratheesh Sukumaran, the movie will be produced by Farmboys production. Tamil star Karthick is also expected to debut into Mollywood with this movie which will be on sets by the mid of September.