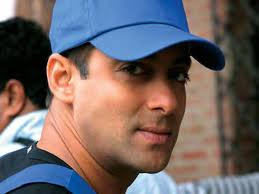 Earlier, there were reports that Bollywood actors Salman Khan and Akshay Kumar are fighting for the remake rights of Kamal Haasan’s comedy entertainer Michael Madana Kama Rajan (MMKR). In Michael Madana Kama Rajan, which redefined the comedy genre in Tamil cinema, Kamal Haasan played four different roles: Michael, Madan, Kama and Rajan. The film narrated a series of interesting events in the life of quadruplets separated just after birth. The movie was directed by Singeetam Srinivasa Rao; Kamal had also written and produced it.

It was said that film maker Farah Khan (of Om Shanti Om fame) was keen to remake the film with Salman Khan, while director Priyadarshan wanted to rope in Akshay Kumar for the same film. But Farah Khan has now denied these reports; she also confirmed that her next film, with Salman Khan in lead, will be an original script.

So what about the Priyan-Akshay duo! Let’s wait and watch!