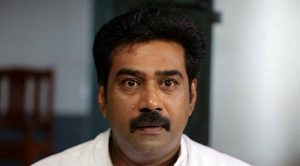 Escape from Uganda director Rajesh Nair is back in action, with a comedy titled Salt Mango Tree, starring Biju Menon in the lead.

The film is a lighthearted family entertainer focused on a couple and their son. Lakshmi Chandramouli plays Biju’s wife.

The title has been taken from Mohanlal’s comic translation of uppumavu in the yesteryear hit Doore Doore Oru Koodu Koottaam.

Biju Menon, whose last film as a hero Vellimoonga was a blockbuster, is shown in a humorous avatar as the trailer suggests.

Suhasini plays a major role in the film. The music is by Hesham Abdul Wahab. Vishnu Sharma is the cinematographer.