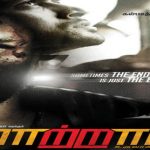 Suriya has endeavoring with his earnest efforts through the challenging roles. And now, following the grand success of ‘Perazhagan’ and ‘Vaaranam Aayiram’, the actor is all set to perform dual role in his upcoming movie ‘Maatran’. Might be, this one may sound to be a normal factor, but is more off a difference. Guess what? Suriya plays the role of a Siamese twin, which means twins born with their body attached together. Well, K.V. Anand had mentioned that the film is based on the concept – ‘The End of Something is Beginning of Something’. The filmmaker has already started working on the script and will start shooting for the film once Suriya completes his present project ‘Ezham Arivu’. As of now, the technicians confirmed for the project are music director Harris Jayaraj and Editor Anthony. The official announcements on the film’s crew will be made shortly.