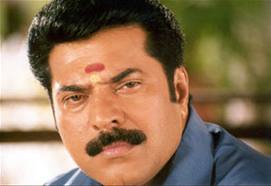 Mammootty and director K madhu will come together for the fifth part of CBI, shortly. The buzz is that scriptwriter S N
swamy is currently busy writing the scripts for the fifth part of the investigative series.The movie project to be
produced by the director’s home banner may start its shoot by the mid of 2010. Of the previous four, the first and the
third, ‘Oru CBI diarykurippu'(1988) and ‘sethuramayyar CBI’ were mega hits while the second and fourth named as
‘Jaagratha’ (1989)and   ‘Nerarriyan CBI’ were safe earners from the Box Office.

Each of the films had Mammootty playing the role of a Central Bureau of Investigation (CBI) officer, who along with his
team solves a crime when the local police fails to crack the case.K Madhu and crew are yet to finalise the  name of the
fifth part of the movie.