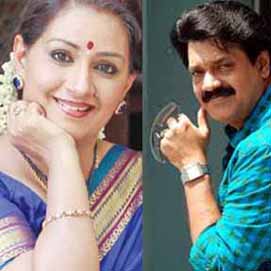 One of the most celebrated on screen pairs in Malayalam film history,Shankar and Menaka are teaming up again after a pretty long gap.

Interestingly Shankar and Menaka are coming together in a movie directed by veteran actor and filmmaker Balachandra Menon. The movie is titled Njan Samvidhanam Cheyyum.Menaka told a leading magazine that when

her a role opposite Shankar. Meanwhile Shankar said that he is happy about acting with Menaka. He also added that he will act with Menaka again, if the right role comes along.