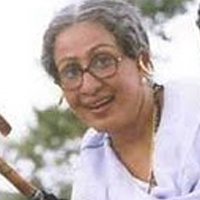 A source close to Sathyan Anthikad said: “It is an emotional story between a mother and a son set against a village milieu. The shoot of the film will start in a Palakkad village from June 15 and will be completed in a single schedule”.

Padmapriya is going to be Mohanlal’s heroine in the film.

Biju Menon will be playing a crucial role along Sathyan regulars like KPAC Lalitha, Innocent, Mamukoya, Asokan and others.

Venu another Sathyan favourite is the cameraman.

The ‘pooja’ of the film was held at AVM-RR Theatre in Chennai on May 27, with music director Ilayaraja lighting the traditional lamp. Sathyan-Ilayaraja combination with lyrics by Vayalar Sarathchandra Varma, will be one of the highlights of the film.

Sathyan Anthikad and Antony Perumbavoor have scheduled this film as Mohanlal’s Onam-2011 release, most likely on September 7.