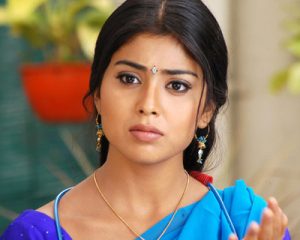 The IIT-Madras had to witness a beautiful lecturer recently, when Shriya Saran was there to deliver a talk on movies and film industry. She used the occasion to take an important message to the young minds- not to encourage piracy.

“You guys must say no to piracy. In fact, piracy is being controlled and funded by and for terrorism,” the actress said, during her interactive talk. Needless to say, her lecture was a huge hit among the student community.

It was only after the talk Shriya revealed a fact that she was not feeling well. “Was really unwell, still came for the lecture,” the actress wrote on her microblogging page. “Guys concentrated more on listening then shouting,” she added.

On her experience on the premises of the Indian Institute of Technology-Madras, one of the premier institutions in the country, she tweeted: “IIT-M has a beautiful campus. Love the people I met. I enjoyed Q n A.”