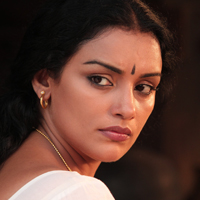 Renowned model-anchor-actress Shweta Menon, who is riding high with the success of Rathinirvedam and Salt N Pepper, has signed yet another powerful role in Actress, directed by Mohana Krishnan, maker of Nalacharitham Nalam Divasam and Venal Maram.

She will play a director in this film, the story of a youngster who hopes to make it big as an actor in tinseltown but ultimately becomes an actress! Metro fame Bhagath Manuel will be seen in a meaty role.

The pooja for the film was held in Kochi recently. The movie also stars Janardhanan, Suraj Venjaramoodu, Kottayam Nazir and Sarayu among others. Achante Makan fame Samjad Narayanan has written the screenplay and Cocktail fame Ratheesh Vega has scored the music. The shooting will commence in October in Kochi.