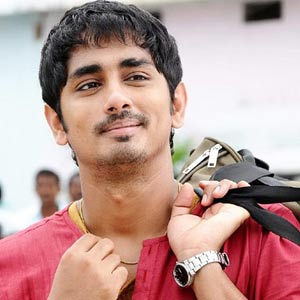 After 180, Siddharth is all set to act in yet another bilingual film Sri Sri to be made in Telugu and Tamil in the direction of Ramesh Varma. The Southern Stud will romance Kajal Agarwal in Sri Sri.

Bellamkonda Suresh will produce the film under his banner Sri Sai Ganesh Productions. The pre-production works of Sri Sri have already commenced and the regular shoot begins from the month of August. Meanwhile, the makers of the film are busy in finalizing the cast and crew.

Sri Sri is touted as an action oriented romantic thriller. Ramesh Varma, who recently gave a disaster with Veera is planning to make it strong in Tollywood with Sri Sri.