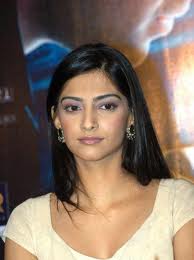 As usual this Silambarasan film too is creating anxieties even before it is officially launched. The Tamil remake of the Hindi blockbuster ‘Dabangg’ is keeping its hero Silambarasan on the edge.

Apparently Silambarasan has rejected the choice of Kajal Agarwal as the heroine. Sources say Silambarasan is looking for a top heroine from Bollywood and extra efforts are taken on his behalf to convince Sonam Kapoor to sign on the dotted line.

Kajal Agarwal who is making her grand debut in Bollywood with ‘Singam’ remake opposite Ajay Devgan, is still finding it difficult to get a strong foothold in Kollywood.

Meanwhile the director who will direct the ‘Dabangg’ remake is also finalized… well almost. The last news that came in on this regard says the ‘Dhool’ ‘Ghilli’ Dharani will wield the megaphone. Dharani’s big budget Telugu project titled ‘Merupu’ with Ram Charan Teja has been dropped and the director is available.