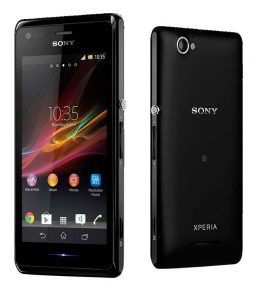 Sony is leaving no stone unturned to capture the Indian market and is giving a tough competition to its rivals. To augment its product portfolio even further, the compnay has now revealed its Xperia M smartphone through the online shopping portal, Saholic.com at Rs 12,990.

The device is not yet available in the physical stores but can be purchased online. Those who want to get their hands on to this device from the physical stores will have to wait for a week more as it’ll be available from 23 August onwards. With this budget smartphone, Sony has made a point that it is not just targeting the high-end customers but also the mid segment. It launched its high-end Xperia Z Ultra last month and now rolled out Xperia M at an affordable price.

Sony Xperia M is powered by 1GHz dual-core Qualcomm Snapdragon processor along with Adreno 305 GPU. It sports a 4-inch touchscreen display and runs Android 4.1 Jelly Bean operating system. It houses a 5 MP rear auto focus camera, VGA front camera and a dedicated shutter key with LED flash for photography enthusiasts. It also offers connectivity options like Wi-Fi, 3G, Bluetooth, GPS and NFC. Other than that, the device has 1GB of RAM and 4GB of internal memory extendable to 32 GB via microSD card and for backup it has a 1,750 mAh battery.

The smartphone is available in various color options like Black, White, Purple and Lime. Its dual SIM version is also available in the market