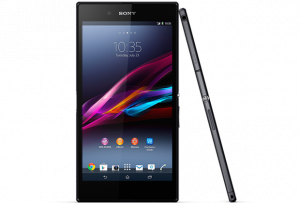 The Xperia Z Ultra is powered by Qualcomm’s most powerful chipset to date – the Snapdragon 800 – featuring a quad-core 2.2GHz Krait 400 processor, Adreno 330 graphics and 2GB of RAM. It also comes with Sony’s Triluminous display that uses OptiContrast and X-Reality tech, which is the successor of the Mobile BRAVIA. Android 4.2.2 ticks inside.

Various UK retailers have already announced pricing and availability for the phablet – it will hit Britain on September 13 and will costs as low as £599.

The first stock of Xperia Z Ultra will bring only black and white units, while the purple ones will arrive at a later date. The same happened with the Xperia Z launch earlier this year.

We guess Sony will release the Xperia Z Ultra in other countries worldwide around the same September 13 date as well.