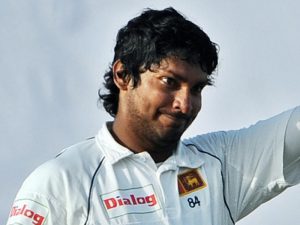 Sri Lanka captain Kumar Sangakkara says India will carry the “weight of expectation” going into Saturday’s World Cup final. India hasn’t won the World Cup since 1983, and hopes are high among its legion of fans that Mahendra Singh Dhoni’s side can end that wait on home soil. Sangakkara’s team has played all but one of its matches so far in Sri Lanka, but the captain says playing in India could ease the pressure on his players.

He said Friday that India has been “tagged as the favorites by almost everyone” and that “they’ll be looking at themselves as favorites too.”

Both India and Sri Lanka have injury concerns.

Sri Lanka appear to be the worst hit with star bowler Muttiah Muralitharan struggling to recover from hamstring and knee injuries and all-rounder Angelo Mathews down with a side strain.

Sangakkara’s men have flown in veteran seamer Chaminda Vaas and off-spinner Suraj Randiv to cover for the injured duo, but they are still not officially eligible to play.

Muralitharan, the world’s leading Test and one-day bowler who turns 38 next month, will leave international cricket after Saturday’s final.

Seamer Ashish Nehra is almost certainly ruled out after sustaining a fracture in his right hand during the semi-final win over Pakistan in Mohali on Wednesday.

India may not ask for a stand-by since off-spinner Ravichandran Ashwin and seamer Shanthakumaran Sreesanth are waiting in the wings to take over from Nehra.

Sri Lanka marched into their second successive final after losing just one match out of eight in the tournament.

Sangakkara’s men, playing at home in Colombo, thrashed England by 10 wickets in the quarter-final before delivering a five-wicket blow to New Zealand in the semi-final.

Sri Lanka, like India, are also seeking their second World Cup title after winning in 1996 when Arjuna Ranatunga’s team stunned Australia in the Pakistani city of Lahore.

Dilshan has led a power-packed display by the batsmen to become the tournament’s leading scorer, while Sangakkara has notched up 417 runs and young opener Upul Tharanga has made 393 runs.

Indian seamer Zaheer Khan, who will also play on his home ground in Mumbai, goes into the final with 19 wickets, second behind Pakistani captain Shahid Afridi’s tally of 21.

Sri Lanka have prevailed in recent one-dayers against India, winning six of the 10 matches played last year in Dhaka, Harare, Bulawayo and Dambulla.

But India have won five of seven matches against the Islanders on home soil over the last five years.

India will be playing at the refurbished 33,000-capacity Wankhede stadium for the first time, while Sri Lanka know what awaits them having beaten New Zealand by 112 runs in a league match at the ground on March 18.