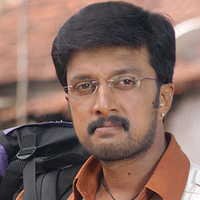 An excited Sudeep left for Hyderabad on Sunday night to participate in the two day shooting of the S.S.Rajamouli directed Eega.

He is happy after hearing about the fantastic collections of his recently released Kempe Gowda directed by him. In his recent tweet, Sudeep has thanked the media for recognising the hard work by the entire team.

The collections of the film which was a little bit cooler on Saturday, because of the India and South Africa World Cup match, picked up on Sunday. The entire unit is quite thrilled about the response.

According to trade sources the film is likely to gross more than Rs. four crores in the first week itself. The distributors are also quite happy about this.

Sudeep will be participating in the shooting of his next untitled film produced by Dwarakish and directed by Kumar from March 16 onwards in Bengaluru.