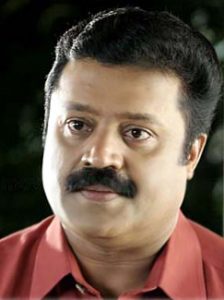 After donning many characters who had been always in war with the establishments, Sureshgopi will turn a war reporter for the new movie titled as ‘Ven shankhu pol’.Directed by National award winner Ashok R Nath, whose earlier movies include Sabhalam and ‘Mizhikal Saakshy’, this new movie will have Sureshgopi as Nandhan, a war reporter, who is facing a fatal disease.

Jyothirmayi will appear as his wife while Meera  Nandhan will come up as the sister of Nandhan in this movie which will also feature Anoop Menon, Manoj K Jayan, Lalu Alex ,Chembil Ashokan and Sukumari. Anil Mukhathala is the scriptwriter of the movie, which has already kicked off the shoot. Sanal Thottam produces the movie under the banner of New TV.