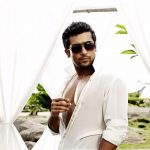 When there are many theories doing rounds about the storyline of ‘7am Arivu’, we have something exclusive about the Suriya-starrer directed by A R Murugadoss, which is interesting too.If sources in the unit are to be believed, the film revolves around a ‘super machine’, which is brought to India by the baddie, a character played by Vietnamese Johnny Tri Nguyen.

“The machine starts giving some problems to Suriya and Shruthi Haasan. From then on, a suspense-filled journey gets a kickstart which will take the audience to never seen before places,” sources maintain.