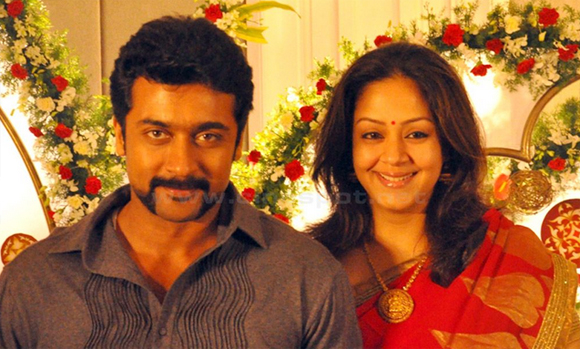 Actor Suriya who is also a doting husband of actress Jyothika has taken some time off his busy schedule and confirmed Jyo’s comeback to Tamil films.

As we reported earlier, Jyothika aka Jyo is setting the stage to make her comeback and will soon start the shooting of her next Tamil film, which is the remake of Malayalam movie ‘How Old Are You’.

Now Suriya said, “We both watched Manju Warrier’s How Old Are You together and very impressed with the script. Hence I decided to buy the remake rights. When I asked Jyothika if she can do Manju Warrier’s role, which also marks the latter’s comeback to the silver screen, Jyo took 2 days and then given her nod, since the character was showing women in such a positive highlight.”

“Jyothika will continue to act provided the script is women centric and if the role has substance.”, Suriya concluded.

Suriya will bankroll this remake venture on his 2D Entertainments banner. Rosshan Andrrews has wielded the megaphone for the original and viewers had to wait a little for more details on ‘How Old Are You’ Tamil remake…