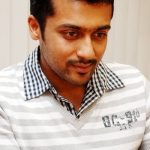 There are reports roaming around the tinsel town saying Suriya is going to do the lead in the remake of Kamal Haasan’s 1982 super hit Sagalakala Vallavan. The makers, who had come up with the idea, had approached AVM, the producers of the original film, to get the rights.

But we hear that AVM themselves has come forward to produce the remake. Following these happenings, Suriya is also planning to allot bulk dates for the shoot of the film. An official list of cast and crew can be expected soon.