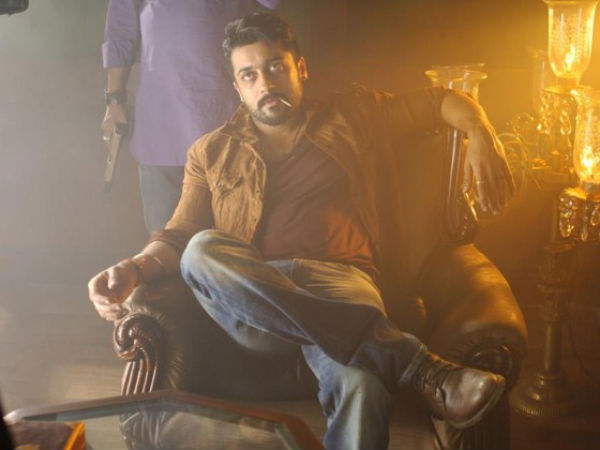 Suriya is set to play the role as a gangster in his forthcoming film Anjaan. Apparently, Suriya had new hairstyle with stylish beard and wardrobe, which has turned many heads.

UTV Motion Pictures is co-producing Anjaan along with director Lingusamy’s Thirupathi Brothers banner and Samantha is the heroine for Suriya, a deadly Mumbai based gangster in the film. Suriya appears commanding in the look as if he has adopted it to befit the role.

Anjaan will be simultaneously released in Hindi and Telugu along with Tamil. Music composer Yuvan Shankar Raja and cinematographer Santosh Sivan are part of Anjaan crew. Anjaan team lead by Lingusamy is presently shooting in Goa followed by different parts of Maharashtra.