Handsome hunk Suriya is found busy shooting for his forthcoming film 7am Arivu. The actor was spotted at Pallavaram shooting the action sequences for the film. 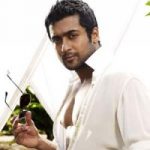 Director AR Murugadoss is canning the climax scenes at Pallavaram in Chennai and the stunts performed by Suriya are outstanding. The stunts are choreographed by stunt master Peter Hein. Earlier he composed stunts for blockbuster films like Ghajini, Shivaji and Endhiran. Coming to the climax scene of 7am Arivu Suriya is seen combating with a group of baddies and it was shot brilliantly by cinematographer Ravi.K.Chandran.

The shoot will continue for five more days at Pallavaram. With one of the most talented stunt master Peter Hein’s doing the choreography 7am Arivu will surely have an outstanding action sequence during the climax.

4 thoughts on “Suriya shooting at Pallavaram”