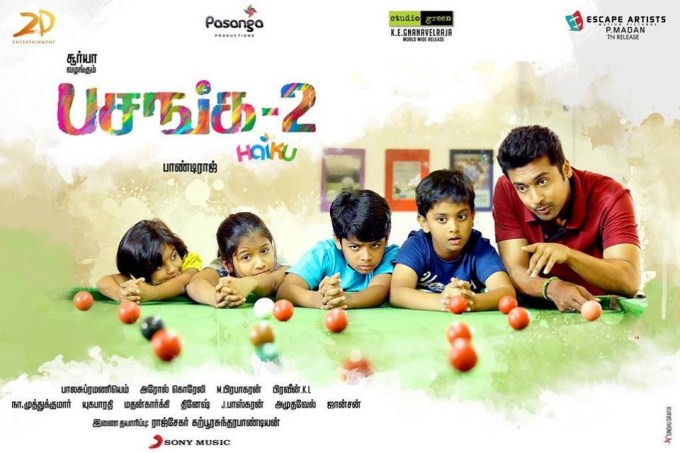 “It was a decision taken keeping in mind the request of distributors. Also, ‘Haiku’ is not a recognised Tamil word and this would mean no tax exemption. Hence, we decided to change the title to ‘Pasanga 2’,” the film’s director Pandiraj, told.

He also clarified that the film is not a sequel to his National Award winning Tamil children’s drama “Pasanga”.

Starring Suriya and Amala Paul in cameos, the film is said to address the theme of attention deficit disorder (ADD) among children.